I just moved about a month ago. After two years in a rural setting in the mountains, I’m now in town..  in urban… in ticolandia. I’m paying less than half the rent in half the space and it’s an eye-opener. Don’t get me wrong. I like this new place, especially because it’s amongst locals and their lively lives. But I like it for alot of other reasons, the primary one being that I can save money at this place… which I need so that I can apply for Residency. Since it’s such a dramatic change, I thought I’d share with you the range of possible options for homes here in Costa Rica.

First of all, construction … concrete. It’s tropical here – hot and sweaty. For most of the country’s population, life in either the city or the country is fraught with not only the heat, but dust, bugs, next door neighbors, tin roofs and cats who like to hunt for birds on them.

I don’t know the ‘why’ of it, but concrete is not so much of a sound barrier… just sayin… My apartment is built onto the side of the owner’s home, which is behind a huge metal sliding garage door. Their house and my apartment are underneath a warehouse type roof structure. And the owner of the place built this little jewel himself. You can tell,  believe me. It’s a railroad apartment with myriad locks on the doors. Evidently at one point there were two different doors into the two primary rooms of the place, and these rooms shared the bathroom that was built between them. These rooms were rented separately. When I came to look at the place they were shocked I wanted both rooms, which turned into a living room and a bedroom… I guess there are many people who work so much here that having a room to simply crash in is common. I saw that in other places we looked at. I realized finally that I wasn’t seeing more than two rooms during our search, and no windows to outside. There is a law here that you cannot build a house that looks into another home, apartment, whatever. I’m sure that’s part of the reason why these places we were visiting were, to me, dismal. Sure, there are houses with plenty of windows here in Costa Rica, but most of them are covered. You can’t see in, you can’t see out. I’m sure this began with the idea that being in a sheltered concrete spot created protection from the sun. Another reason I was seeing smaller compact apartments had to do with the fact that I live alone, and how much space does one person need? That’s an interesting set of thoughts here in Costa Rica where familial generations live together in very tight spaces… In the US a 2-bedroom place usually means three or so people; here it could mean anywhere from 4-6. And did I mention concrete construction does not harbor secrets? No sound barriers? My place might be a bedroom with an open door in the owner’s house. Noise works both ways, and noises of all types.

But back to the original premise of this article… types of living spaces here in Costa Rica:

There are mansions here with fake lakes. 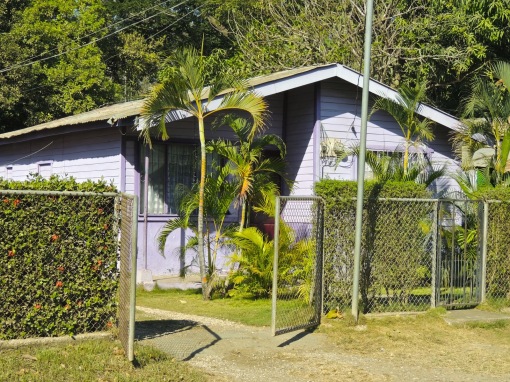 A colorful wooden house…. with a tin roof. 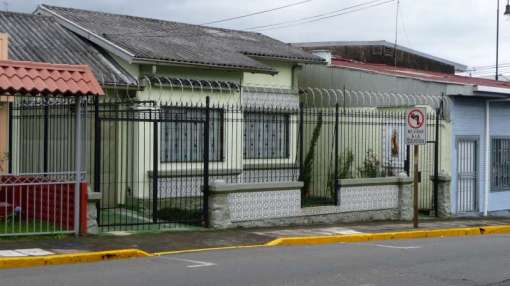 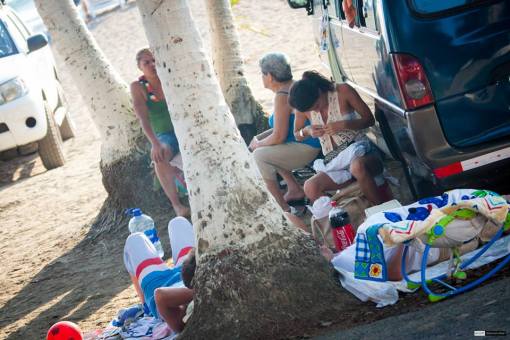 Photo Courtesy of: helloimscott.com.
Family spending a day at the beach.

All of these different types of places offer a living that’s comfortable in it’s own right. The European inspired designs are much more expensive, of course, since they’re inhabited by those who have considerably more money to spend than the ticos I know do. It’s the less generous spaces that intrigue me because they’re authentic to the country and the culture. I’m learning alot in this new space I’m living in and I’m proud to be sharing life in a neighborhood of diverse types of homes and living  arrangements. I feel like I’m in the soup of the country as a new spice for the rest of the folks who live around me here. It’s a responsibility I’m aware of to represent the expat in the midst of the locals.  One of these places is my new spot… can you figure out which one?

Rural, colorful, along a dirt road.

There are colorful detached, concrete homes with tin roofs.

This site uses Akismet to reduce spam. Learn how your comment data is processed.